A good week for new releases overall. Let's get right to it.

Prince/Prince & 3rd Eye Girl - ART OFFICIAL AGE/PLECTRUMELECTRUM: Prince is back this week with two albums - one on his own, and one with his new side group 3rd Eye Girl. Prince is always interesting enough to give a listen to, but, truth be told, only the 3rd Eye Girl album, PLECTRUMELECTRUM, is something I see myself going back to for more. The releases are not nearly as unmemorable as, say, the new U2 from a few weeks back, but the solo piece certainly doesn't have the same flair to it. Give both a listen, but temper your expectations. 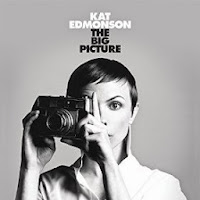 Kat Edmonson - The Big Picture: Kat Edmonson's new album continues along the fun, jazzy, classic singer path that she's been on for a while now, but this album is definitely a step ahead for her musically. A lot of really good, memorable tracks, and her clear, distinct voice doesn't feel overproduced at all in ways many of these albums tend to go. I genuinely like this album quite a bit, and it fills a nice hole in my listening that needed it. Truly, in terms of like things? It's a lot better than the Bennett/Gaga from last week, so if you're already feeling tired of that one, you've got a nice replacement here. 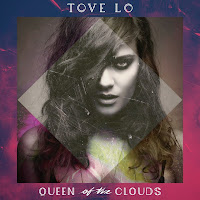 Tove Lo - Queen of the Clouds: The best way I can describe Tove Lo is as the European Charli XCX - a songwriter who had a few noteworthy hits to her name branching out into a solo album. In what is quickly becoming a crowded space of these sorts of darker pop singers, Tove Lo's debut isn't as good as Banks's, but is more adventurous. It's not as adventurous as Lana Del Ray's, but it's much more accessible. For the comparison with Charli XCX, there's no "Boom Clap" on this album, but there doesn't have to be, either. It's an interesting release, and one I'm curious as to see whether it has legs, as she seems to be getting more mainstream attention than many of her contemporaries. 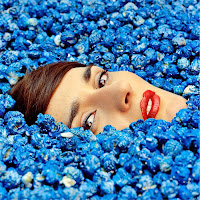 Yelle - Complètement fou: My favorite French pop singer offers up a new album this week that is really a solid listen from her from start to finish. The leadoff title track is great and it just keeps going from there. Even though I have no idea what she's saying, I continue to love everything she puts out. Definitely recommended. 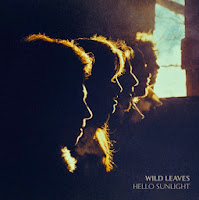 Wild Leaves - Hello Sunlight: While there's a reasonable fear that the market is being saturated by these sort of roots-rock bands putting out their own modern touches on the genre, I fully feel I'm not tired of it just yet. Wild Leaves, in their second EP, makes a superlative effort that is only lacking because of its four song length. It felt like it was over before it really started, which is typically a good sign for something I'll enjoy. If you like a lot of what's featured here at the blog, this EP is worth a quarter of your hour. 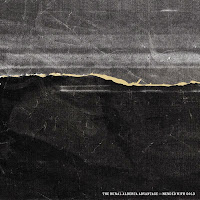 The Rural Alberta Advantage - Mended With Gold: Best release of the week is from a band I really wouldn't have ever explored if it weren't for First Listen. Mended With Gold is the third release from The Rural Alberta Advantage, and they straddle a line between more roots-based rock and indie rock incredibly well, and, in part by virtue of being on Saddle Creek, definitely have some of that sound coming from it as well. I couldn't even pick a favorite song, as the album really doesn't slow itself down from start to finish. It's really a great, cohesive unit with nothing to complain about on first listen. I expect this to stay in rotation for a while.

* Lucinda Williams - Down Where the Spirit Meets the Bone
* Thom Yorke - Tomorrow's Modern Boxes
Posted by Jeff Raymond at 7:30 AM