This is the holiday weekend in the States coming up, and usually one of these weeks is slow. Next week appears to be that week, with the added bonus of the new release date changing to Fridays. So we will have our regularly scheduled First Listen this week, next Tuesday will be a later-than-normal Quarterly Report, and the following Tuesday will begin the new schedule and format for First Listen. Get it? Got it? Good. Onto the music. 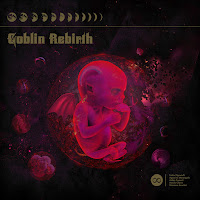 Goblin Rebirth - Goblin Rebirth: Ken sent this one over, they are apparently a long-standing band that has done horror film scores, and while that influence shows, so does a lot of the prog-style instrumentation they use. I have to wonder if they influenced Mogwai/if they were an influence on the group, because I had a lot of reminders of them. Overall, a good listen, perhaps not for everyone, but still probably worth a spin in a quiet week. 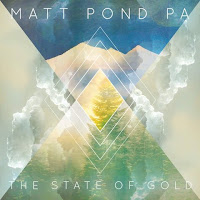 Matt Pond PA - The State of Gold: Album of the week is the new one from Matt Pond PA. Back with his bandmates after a brief solo pit stop, the new album is some really high-quality songwriting. While it may be a little too overdone for some ears, I found a lot to love here (especially as a longtime fan), and I thought it was a pretty great album. The first few songs aren't ones that will grab you the way the rest of the the album will, so fair warning there, but otherwise, absolutely highly recommended this week. 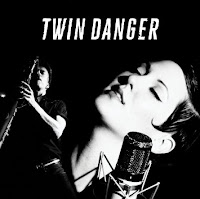 Twin Danger - Twin Danger: What would jazz with a more punk sensibility sound like? I don't know, but Twin Danger might come close. I know nothing about this duo except that I struggle with jazz music and found this really appealing. They have a cover of "No One Knows" by Queens of the Stone Age that you might want to seek out to see if you like what you hear, and stick with the album and give it a fair shot. You might really enjoy it. 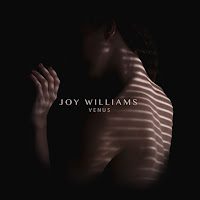 Joy Williams - Venus: It's impossible, at this point, to listen to Venus without thinking of Joy Williams's previous duo, The Civil Wars. So listening to Venus and its sort of low-impact, quiet, not-really-folk-but-not-singer-songwritery either tone doesn't ever stop being jarring on first listen. I don't know if it's actually a good or bad album in that regard, because it is truly a weird listen. I'll need more time with this, but if I can recommend anything, it's that you should go into this without preconceived notions. 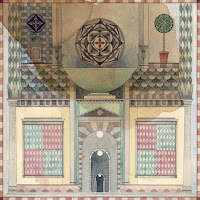 Refused - Freedom: Another Ken pick, this one is a band that's been around for a while. It's loud and brash, and while I was into it early, it got grating pretty late. Not something I loved, but also not entirely for me. 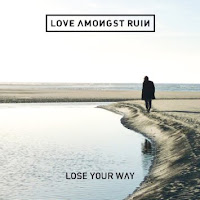 Love Amongst Ruin - Lose Your Way: A third Ken pick, this album is noteworthy due to the involvement of Placebo's drummer. It really sounds like basic, standard rock that's popular today and nothing especially solid stands out. It's not bad, it's not good, it's just unmemorable. 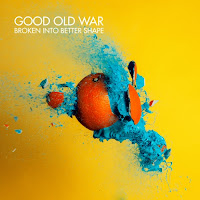 Good Old War - Broken Into Better Shape: Good Old War made a splash a few years back, and their new album (their first for Nettwerk) is definitely right along the lines of what you expect. The downer is that the album feels very polished, and that doesn't match up so well with their sound on a whole. I can't say I didn't like this album - I do look forward to listening more. I just know the potential of this band and how production values can take away from things on a whole. Kind of unfortunate.
Posted by Jeff Raymond at 7:30 AM