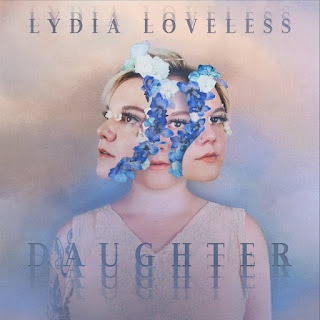 As acclaimed as it was, Lydia Loveless's 2016 album Real just didn't quite work for me. Part of it is that I'm just not really a pop guy, and it was definitely a pop album. I'm sure another part of it was that I loved 2014's Somewhere Else so much, and I was being a grumpy old man about the drastic change in sound.

That brings us to Daughter. Daughter is definitely a pop album (just check out the "I Would Die 4 U" vibe on "Wringer"), but it works much better for me. The main reason is that it melds Loveless's pop sensibilities with her older country and rock sounds. I've always appreciated hybrid sounds, and the edge and twang helps make the pop a little more palatable for me. The songwriting on Daughter is second to none. The songs on Daughter channel Loveless's emotions about her divorce, and it's heartbreaking on some songs and uplifting on others. But that's divorce. There are many great divorce albums out there (Marvin Gaye's Here, My Dear and Bob Dylan's Blood On the Tracks immediately come to mind), but I have never heard an artist capture the rawness of a divorce quite like Lydia Loveless does here.

Songs of note: "Dead Writer," "Love is Not Enough," "Wringer," and "September"