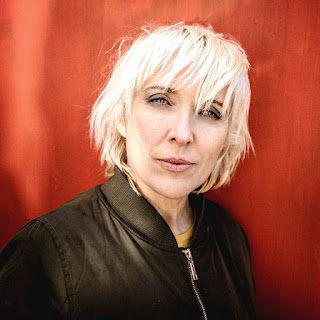 Ireland's Cat Dowling truly has a sound all her own. Her latest single, "Animals," is one of the most intense songs you've heard in a while without being loud. For much of the song the predominant instrument is a fiddle, and no part of "Animals" is a folk song. The focus is Dowling's vocals, and that's where the intensity lies. There is just such a sense of desperation and intensity in her vocals despite how lovely they are. Finally the song explodes into an indie rock/pop celebration. It's the kind of song that drags you through such an array of emotions, and it nearly impossible to resist.

"I wrote Animals during a busy period of my life when to find those rare moments to write music meant I had to be a thief elsewhere. But it was these stolen moments that gave me oxygen and a beautiful almost supernatural energy. 'Animals' was written when everyone was sleeping. It started with the driving repetitive rhythm which had to be restrained so as not to wake a soul. It thus became hypnotic. It starts as minor and ends up major. It's about the major and minor of life and of love and the constant pull in everything between major and minor and the light and the dark. It's a song ultimately of passion, wildness, sensuality and love."

You can watch the video for "Animals" below. Animals is due out November 12 on FIFA Records. You can pre-order the album here. For more on Cat Dowling, check out the artist's Facebook and Twitter.