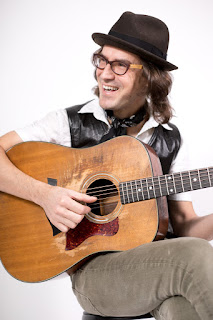 Boston's Greg Klyma has an exceptionally busy 2019. Somehow he released three albums last year and almost completely slipped by us. The most intriguing part is how different each album is from the others. Even though we're coming at these late, let's check them out!

February saw the release of Fake Songs. It's by far the most straightforward folky of the three. "Reminder" opens up the album as a very mainstream modern folk song. Even if that's not usually your thing, wait it out and check out the rest of the album. "Hole in a Ship" is more standard folk while still being more straightforward in the best possible way. "The Root" is a quiet, introspective song about having a neighbor with a Trump sign up.

In June Klyma released Maybe the Ocean, which is the rocker of the 2019 trio. It leans more towards the jangle pop side of rock, but still more rock nonetheless. A perfect example is the song "Rock Out," which is a mid-tempo rocker and much more restrained song than you would have expected. Maybe the Ocean reminds me of Tom Petty's "Wildflowers" (the song not the album). It's filled with quiet pop/rock songs that are laid back without being ballads.

Last month Klyma released the last of his three 2019 albums. C&W stands for Coffee and Weed and is the twangy country album. This one is my personal favorite. Just listening to the title track will let you know if you're going to like this album. It's filled with sad country songs with just enough of a sense of humor to make them fun, which is the way the best country is made.

You can listen to "Coffee and Weed" below. All three of Greg Klyma's 2019 albums are available on his Bandcamp. For more on Greg Klyma, check out his website. Current tour dates are below the song.