Julian Taylor - "The Ballad of a Young Troubadour" 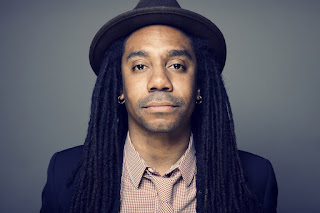 The latest single from Julian Taylor's upcoming album, "The Ballad of a Young Troubadour," doesn't sound like modern folk. Sure, the song is fairly mainstream as far as folk goes these days, but it has a distinct 1960's vibe to it. Taylor keeps the verses in a ramblin' style that fits the title of the song, but he has a certain weariness to his voice that just doesn't feel current. It reminds me of some of the elders of folk rock, like Van Morrison or Donovan.

“'Ballad of a Young Troubadour,' taken from my forthcoming album out June 18th, The Ridge, harkens back to my early days as a travelling musician. When I was in high school, I really began to work heavily on my songwriting and my acoustic guitar playing. It was like a religion to me and it still is.
I loved the ideology that Bob Dylan, Ritchie Havens, Jack Kerouac and musicians like them had forged and was determined to follow their path. So, when I was out of school for the summer, I packed my bags and set off on a journey across the country.

My travels took me from Toronto down to New York City and then right across America, travelling west until I hit Seattle, travelling on Greyhound buses and trains. I hitchhiked too, all the while making money busking from place to place. It was one of my most cherished and memorable road trips, and it certainly gave me the itch."

You can listen to "Ballad of a Young Troubadour" below. The Ridge, the upcoming album from Julian Taylor, will be out June 18. For more on Julian Taylor, check out his website.

Email ThisBlogThis!Share to TwitterShare to FacebookShare to Pinterest
Labels: ballad of a young troubadour, julian taylor, Ken Sears, the ridge