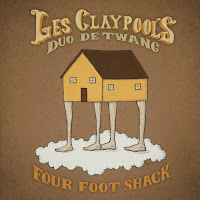 Les Claypool's Duo De Twang - Four Foot Shack: All this album taught me is that I really don't care much for Primus, even when they're strange acoustic twangy renditions. The highlight for me was a fairly amusing take on the Bee Gees's "Stayin' Alive," but beyond that, this is really just for fans of Claypool and Primus and not much else. 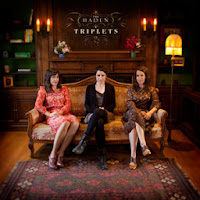 The Haden Triplets - The Haden Triplets: The Haden Triplets are exactly who you think they are: Petra Haden (of That Dog and various a capella renditions), Rachel Haden (also of That Dog), and less famous sister Tanya Haden who has done cello work for various indie and alt-rock bands. The three got together and did a collective album of folk standards for Jack White's Third Man Records, and it's pretty solid. I'm a big fan of Petra Haden in particular, and this was fairly anticipated for me and largely delivers. If you enjoy a lot of good folk music, like hearing modern takes on the standards, etc, this is worth your time. A highlight of the week. 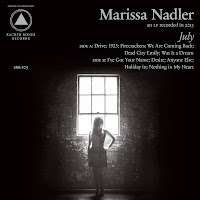 Marissa Nadler - July: Marissa Nadler has pretty significantly held down the fort on darker indie folk over the years, and July, while probably not her best album, is certainly the most cohesive. You tend to know what you're getting with Nadler, and there are no stumbles to speak of on July, just a solid experience from start to finish. It would benefit from a couple standout tracks, but nothing jumped out at me on first listen, unfortunately. Still a great effort. 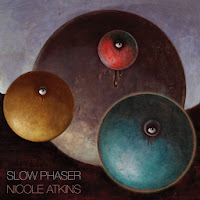 Nicole Atkins - Slow Phaser: I first heard of Nicole Atkins when her previous album, Mondo Amore came out. It was a good, albeit not great, pop folk album similar in sound to Brandi Carlisle in a few ways. Slow Phaser pulls her closer to the pop area with more mixed results. Songs like "Girl You Look Amazing" are solid, but then you have some thematically strange songs toward the end that don't seem to fit much of any real sound. It's ultimately a mixed bag, but when it's on, it's absolutely on. Worth your time if you're a fan, worth your time if you're looking for something similar. 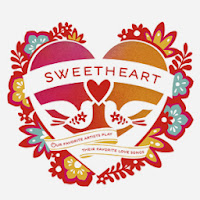 Sweetheart 2014: Starbucks occasionally puts out a covers compilation around Valentine's Day of love songs. The 2014 entry has a few standouts (most notably Vampire Weekend doing the operatic "Time to Say Goodbye" and Sharon Jones and the Dap Kings covering "Signed, Sealed, Delivered, I'm Yours"), but is overall really exactly the corporate sterile monstrosity we come to expect from Starbucks. Honestly, it's good for a single listen to find the covers you find interesting, and then just file it away.

* Broken Bells - After the Disco (seriously heartbroken that this isn't on Spotify yet)
* Amy Stroup - Tunnel
Posted by Jeff Raymond at 5:00 PM