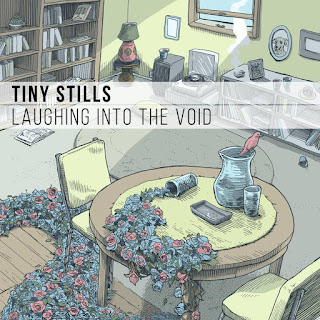 Sometimes an album comes along that just scratches that itch you didn’t know you had. That was my experience with Tiny Stills, a favorite this year that mixed the sort of indie pop with endearing and emotive songwriting that sets the good apart from the great. From the opening track to some of its most mainstream efforts, this album basically succeeded in everything it tried to do.

The album kicks it off with an opening track that namedrops a variety of things before diving into a hooky poppy number. “Let’s Fall in Love” takes its time in taking off and being the song it shows hints of being from the start. Then you have songs like “Colorblind” that are not forging new ground but are not trying to forge new ground either. The straightforward nature of this record is really why it’s such a joy to hear.

I shuffled this between 8/7/6 this year, and ultimately realized that if I can’t find out where it belongs, it probably belongs closer to the front. I assume it will for you, too.