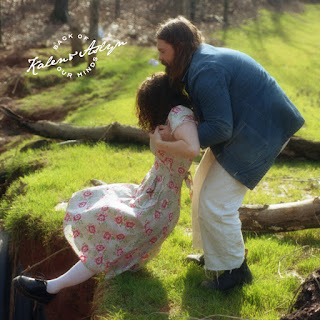 Artist: Kalen and Aslyn
Album: Back of Our Minds
Quick Description: Gorgeous rootsy folk.
Why You Should Listen: One of many male/female folk duos, but they're the real deal.
Overall Thoughts: Ken sent this over to me, and I'm glad he did, because this was super beautiful in so many ways. The songs are fairly straightforward, but the production value feels just right and the tone of this so surprisingly pleasant. We've had a few winners as of late with these folk duos, and I'm glad this hit my radar.
Recommendation: Absolutely worth the time. 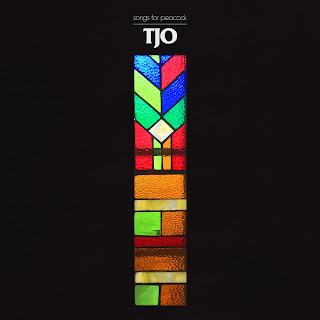 Artist: TJO/Tara Jane O'Neil
Album: Songs for Peacock
Quick Description: A minimalist electronic mixtape.
Why You Should Listen: Tara Jane O'Neil has done a lot of great music so far.
Overall Thoughts: Her first big release under the TJO moniker, this is a covers album with a lot of interesting... everything. As musically compelling as it is compelling in terms of the song choices being made, this is something that I really enjoyed even if it may be more a curiosity piece for many. I am always down for interesting covers, and this has plenty, and I'm glad it's in O'Neil's catalog.
Recommendation: Give this one a shot. 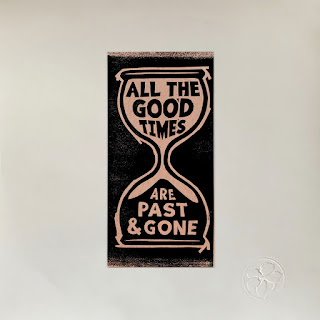 Artist: Gillian Welch and David Rawlings
Album: All the Good Times
Quick Description: Latest from the folk royalty.
Why You Should Listen: Welch and Rawlings rarely misstep.
Overall Thoughts: Another covers album, this one has plenty of what we expect from Welch and Rawlings along with some great takes on folk standards and important songs in the canon alike. No one sounds quite like them, for sure, but I am glad they're back for another round.
Recommendation: A must-listen. 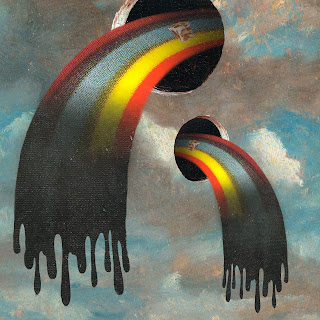 Artist: Kestrels
Album: Dream or Don't Dream
Quick Description: Feels like you got transported to alt-rock radio circa 1994.
Why You Should Listen: It's better than just a hit of nostalgia.
Overall Thoughts: The first song I heard off this was the one that featured J. Mascis, so it's no surprise that the rest of the album sounds like it could have come from a band that opened for Dinosaur Jr. back in the day. Everything, from the guitars to the production, are spot on, and have that timeless quality to them. Anyone who comes from our era will love this.
Recommendation: Make time for it. 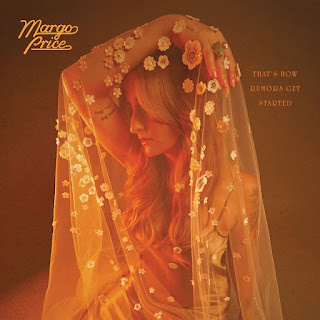 Artist: Margo Price
Album: That's How Rumors Get Started
Quick Description: Latest album from the country songstress.
Why You Should Listen: This album should cement her as one of the best current country singers going.
Overall Thoughts: Margo Price has always been great, and this album is absolutely no different in that regard. On her third album, the title track once again sets a nice tone before sending us off into a classic country journey. I loved it from the first few notes, and I loved the whole thing to the very end.
Recommendation: One of the best of the week. 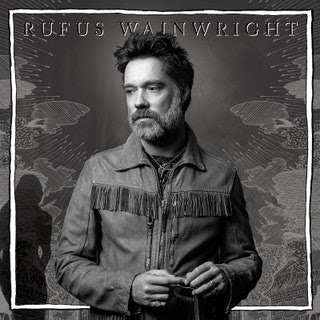 Artist: Rufus Wainwright
Album: Unfollow the Rules
Quick Description: Indie-adjacent troubadour's latest.
Why You Should Listen: This may be his best effort in decades.
Overall Thoughts: I saw Rufus Wainwright a few times in concert back in the day, and I still think his best effort was his second one, Cigarettes and Chocolate Milk. While his cabaret-style musical presentation is one that hasn't worked 100% of the time, this album feels much more mature while still going back to the basics, and I feel like it's why the whole thing works so well. I wasn't sure I'd be into it, but this ended up being one of my favorites this week, and I'm hoping it has some real staying power.
Recommendation: Give this a shot. 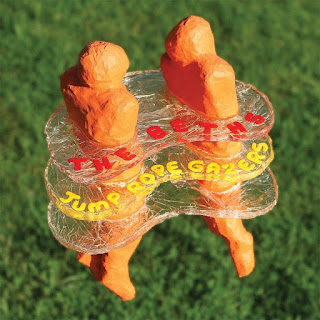 Artist: The Beths
Album: Jump Rope Gazers
Quick Description: Long-awaited follow-up album by a blog favorite.
Why You Should Listen: No sophomore slump here.
Overall Thoughts: Too many times, a debut comes out that I just play to death, and then the second effort comes out and it just doesn't have that same feeling. Not so with The Beths, who have absolutely expanded their power pop palate a bit while still staying true to what set them apart to start. While I don't know what a jump rope gazer is, I know that this album doesn't have a misstep on it. Another solid listen this week.
Recommendation: Don't miss out on this one. 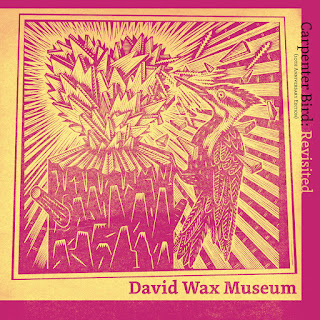 Artist: David Wax Museum
Album: Carpenter Bird: Revisited (10th Anniversary Edition)
Quick Description: A reissue of one of the band's early albums.
Why You Should Listen: It's a great album without the perks of the reissue.
Overall Thoughts: We don't generally talk about reissues at length here, but I'll make an exception for David Wax Museum, a band we love to death here. Carpenter Bird was probably the album that got Ken and I into the band to begin with, it has my second favorite DWM song ("I Have Wasted My Life"), and it's great how well this album holds up, especially with the shift in sound DWM has taken over the years. If you missed this the first time around, don't wait to listen.
Recommendation: Worth the revisit. 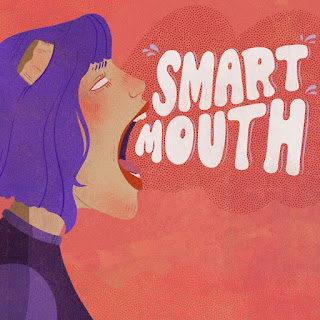 Artist: Riverby
Album: Smart Mouth
Overall Thoughts: I don't usually highlight the seven song releases anymore, but I had to make an exception for Riverby's new album release, which is a great slice of alt-rock that I didn't expect to get this week. Keep this on your radar, because Riverby should be much bigger than they are.

* Apollo Brown and Che Noir - As God Intended (A solid rap album.)
* My Morning Jacket - The Waterfall II (Jam band music for people who don't like jam bands?)
* The Streets - None of Us Are Getting Out of This Life Alive (This might be my favorite Streets effort since the breakout ages ago.)
* 100 gecs - 1000 gecs and the Tree of Clues (Absolutely insane remix album.)
* Lou Canon - Audomatic Baby
* Bob Nanna - Celebration States
* The Jayhawks - XOXO
* Kacy Hill - Is It Selfish If We Talk About Me Again?
* Ncza Lines - Pure Luxury
* Julianna Barwick - Healing is a Miracle