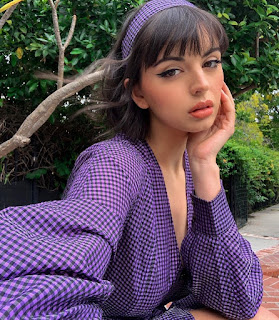 Let's talk about Rebecca Black for a minute.

Assuming you had internet access about a decade ago, you couldn't get anywhere without hearing "Friday." It was a song. That much is true. The artistic merit beyond that, however, was charitably questionable. It turned out that the label that put it together was less a musical endeavor and more an effort to make some money off a young girl with a rudimentary song. Regardless, as The Room of pop music, it has its share of qualities that keep it from being completely forgotten.

A decade later, and Rebecca Black is on the C-list periphery, with a popular enough YouTube channel and some occasional news coverage. What surprised me was when she popped up on Dorian Electra's album last year, with a glitched-out vocal that fit right in with Electra's brand of hyperpop. Then, out of nowhere yesterday, comes a 10th anniversary remix of the song that made Rebecca Black (in)famous.

It's clear to me, at least, that this is very much a labor of love for all involved. In a sense, Dorian Electra doesn't exist without Rebecca Black. 3OH!3 has yet to take themselves seriously. I don't know Big Freedia, but I'll have to check them out. With production from Dylan Brady of 100 gecs, the song becomes a sort of bizarro cyberpunk parallel universe single that just somehow... works? If you put aside the history of the song and just take it on its merits, it would fit right in on any PC Music-centric playlist.

I'm not saying you'll necessarily like this, but I find it very difficult to hate, and I think I'm personally really, really into this. To quote a friend, "directly into my veins," please. Rebecca Black is on YouTube, TikTok, and probably a bunch of other places in the coming week if this takes off.