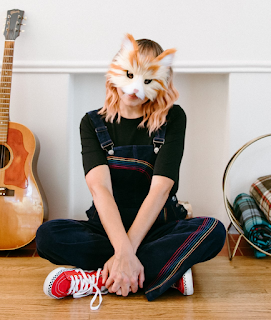 According to a press release, the latest single from Catbells is inspired by artists like Nico and Mazzy Starr. As soon as you start listening to "It's Not Hard," you're going to hear both of those artists. "It's Not Hard" is this captivating blend of shoegaze and bedroom pop. It doesn't quite have that wall of fuzz sound that can help define shoegaze. Instead, this is a quiet and contemplative version of shoegaze. That would be where the bedroom pop comes in, sounding like it's being recorded in a way that won't disturb roommates too much. Catbells has crafted this unique blend of sounds and is the rare artist that actually sounds like she's been listening to their influences.

In a press release, the New England raised Catbells says of the new song:

"It's a song about that feeling of wanting to run away from all your problems and to be totally free from the past. Not looking back and not feeling the regret of the past. But ultimately it's about also realizing it's not possible to really run away...when doing what you want to do is quite hard or even impossible, but feeling like you want to do it is not hard at all."

You can watch the video for "It's Not Hard" below. For more on Catbells, check out the artist on Instagram and Twitter.

Email ThisBlogThis!Share to TwitterShare to FacebookShare to Pinterest
Labels: catbells, it's not hard, Ken Sears