A weird week on a whole. 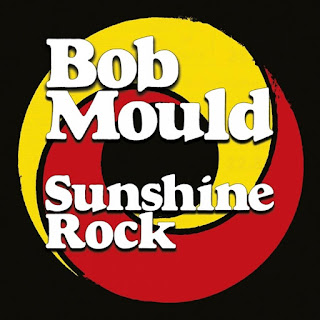 Artist: Bob Mould
Album: Sunshine Rock
Quick Description: Latest set of power pop from the indie legend.
Why You Should Listen: With few exceptions, Bob Mould has been the same guy for 30 years, so you know what you're getting.
Overall Thoughts: I don’t think it needs to be said that you know exactly what you’re getting with Bob Mould. He hasn’t really changed his course in his 30+ years, and still rocks as hard as he did in the 1980s. More importantly, though, he knows how to write a rockin’ power pop song, and this new album is predictably filthy with them. This isn’t going to change the world, but it doesn’t have to – it’s just going to become a part of your rotation for a few months and every time you listen, you’ll be like “yeah, I forgot how good this is.” A fair warning, though, “Camp Sunshine” is a rare miss from Mould, and it may just because those of us in New England have a different connotation than Mould… might? It could go either way on first listen, and yeah. Outside of that, this is a solid album and my favorite of the week.
Recommendation: Best of the week. 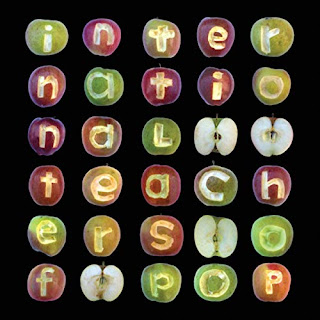 Artist: International Teachers of Pop
Album: International Teachers of Pop
Quick Description: Let some internationals teach you about pop?
Why You Should Listen: You wish those leg warmers you like would come back into style.
Overall Thoughts: I have no real idea what to make of this dance-pop record, which feels straight out of the 1980s yet would still be too weird for the 1980s? I do know that I love it quite a bit, however, and this is the sort of dance music I’m down for these days. In terms of whether readers here will like it? I can’t say for sure, but you’ll probably know by the fourth song. It’s really fun and weird, and I know I’m game.
Recommendation: Listen to this. 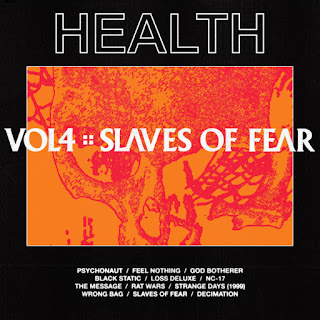 Artist: HEALTH
Album: Volume 4: Slaves of Fear
Quick Description: Latest from the noise rock act.
Why You Should Listen: This is the way modern noise/industrial should be.
Overall Thoughts: It is interesting to hear this the same week Front Line Assembly puts out something so dull that would have been so significant a generation earlier. This is a really fully-formed HEALTH record in a way some of their earlier work wasn’t. I really liked a ton of this, and found it compelling in a light week even though I’d feel similarly in a busier one. I think “Strange Days (1999)” might be the most representative track if I had to choose one for you to give a shot. But in a week like this, don’t sleep on it.
Recommendation: Make time for this one. 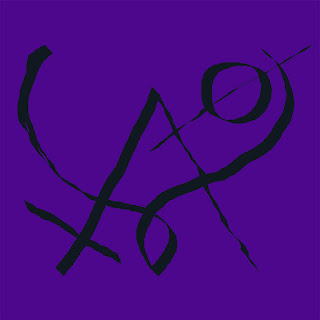 Artist: Xiu Xiu
Album: Girl With a Basket of Fruit
Quick Description: Latest from the strange, artsy indie rockers.
Why You Should Listen: If Twin Peaks was an album, it would be this.
Overall Thoughts: I'm always looking for weird things to listen to. This is really, really weird. May also be a concept album, I don't know for sure, but it doesn't really matter because it's more of an experience than anything else. I highlight this because, if you love it? You'll love it. If you don't, you'll know really quick. But if you're willing to challenge yourself in a light week, you might not be disappointed.
Recommendation: Give this a shot. 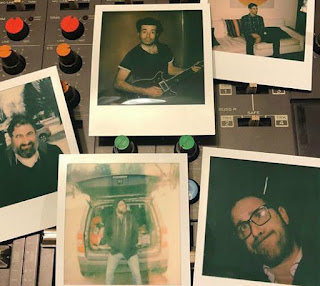 Artist: The High Strung
Album: Quiet Riots
Quick Description: Latest album from a longtime pop rock band featuring author Josh Malerman of Bird Box fame.
Why You Should Listen: This would fit right in with a lot of Elephant Six acts of the late 1990s.
Overall Thoughts: We missed this when it came out a few weeks back, and I honestly can't figure out how. It's a fun romp that features a singer who is writing books I love, so why wouldn't I have heard of this before now? As for the music itself, the opening track on this album sets the tone quite nicely, and it just carries the bright and poppy effort throughout the whole album. I feel like this type of indie music doesn't come around as much these days, so this might be a nice change of pace for many people here.
Recommendation: Make time for this one. 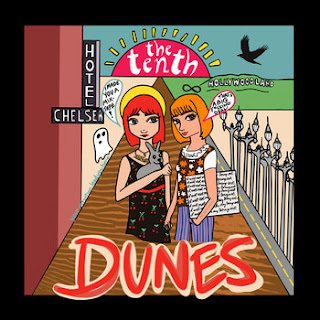 Artist: The Tenth
Album: Dunes
Quick Description: First full-length album from the indie punk/pop act with Harley Quinn Smith on bass.
Why You Should Listen: Come for the Askew-adjacentness, stay for some truly fun songs.
Overall Thoughts: It's unfair to this band to simply put them in a Kevin Smith bucket, but I wouldn't have listened otherwise. Thankfully, I did, because this is a super fun album with some bubbly melodies, a little bit of lo-fi tendencies, and a fairly unique feel even though it isn't forging any new paths. It's a solid listen, and worth your time this week.
Recommendation: A good listen!

* Pet Shop Boys - Agenda (Easily the most cringeworthy release by any act in a long time.)

* Front Line Assembly - Wake Up the Coma (At one point, I had told Ken how this album would have likely been considered really hard and transgressive 25-30 years ago. That was before the cover of “Rock Me Amadeus” hit.)
* The Lemonheads - Varshons 2
* LCD Soundsystem - Electric Lady Sessions
* Mavis Staples - Live in London