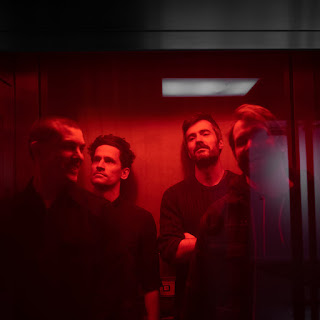 Personally, I'm going to listen to any song called "Ghost" in October, so it's a huge plus when the song is great. Yarraman's new song is a classic early indie/punk rock track that could double as a Masterclass in the whole loud/quiet/loud dynamic. It's a slow burn that is festering in intensity. At times it's truly discordant, and at others it has the subtle beauty of an Explosions in the Sky song. Mostly, it's reminiscent of bands like Rites of Spring and Fugazi but with a strong British feel.

Vocalist Lucian Huxley Smith explains the meaning of the song:

‘“Ghost” is about the imbalance in gendered discourses and the perceived need of toxic men to centre themselves in the discussion. It posits questions of ‘masculine’ behaviour and asks to what extent it is possible for well-meaning men to disentangle themselves from the toxic cultures in which they were brought up."

You can listen to "Ghost" below. The song is available now as a single via Venn Records. You can download a copy at Bandcamp. For more on Yarraman, check out the band's Facebook.