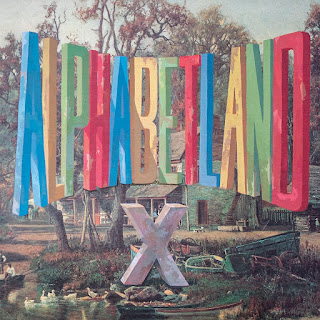 When Los Angeles punk legends dropped their album ALPHABETLAND seemingly out of nowhere back in April, my expectations were low. A legendary band releasing their first album in twenty seven years, plus it was their first album with the original line up in thirty five years? They've been touring as a nostalgia act for quite a while now, and I've heard plenty of these reunion albums, and usually the best you can hope for is not embarrassing.

But ALPHABETLAND is great. Shockingly great. It stands right up with 1980's Los Angeles, which nobody could have expected. When bands can start touring again, this is going to be the rare occasion where fans don't politely wait through a new song or use the new material to use the bathroom without missing anything good. If you haven't listened to it yet, you truly owe it to yourself to give it a shot. Sure, the songs on ALPHABETLAND may be a little slower than some of the classics, but these folks are in their mid- to late sixties these days. Plus, X were always pretty mellow for LA punk, especially in retrospect.