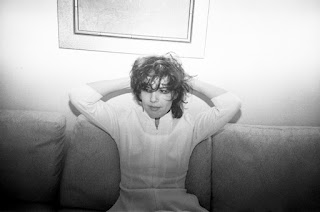 If you've been as into the music of Tristen as we have, you're going to absolutely love her latest single. "Athena" fits right in with Tristen's more recent musical releases. It falls into the indie pop category with just enough of a country twang to keep things interesting. What "Athena" adds in is some serious rock guitar. The entire song is dripping with some shoegazey reverb, but it's when the guitar kicks in for the chorus that it really takes off. It's a sound we haven't heard previously from Tristen, but it goes along perfectly with what we love from her.

In an email to fans, Tristen says of the new song:

"What messages lie within these myths for women? For how long have female characters been sculpted by the hands of men? In 'Athena,' co-written by Lera Lynn, I pounded out a major chord grunge song dedicated to the powerful Greek goddess of war, strategy, and men’s domains. I wanted to write a song for the girls--the Athenas--out there who are so often misunderstood. We worship Aphrodite over and over again--woman as sexual being, judged for her beauty, maneuvering with her seduction--but we rarely worship women who are powerful through their logic, wisdom and courage. These women are utilized but underrepresented. You know, nobody likes a bossy baby. Yet this archetype has been with us forever, and Athenas roam the Earth as mothers, friends and lovers, saving us time and time again."

You can watch the video for "Athena" below. Aquatic Flowers is due out June 4 on Mama Bird Recording Co. You can pre-order a copy here. For more on Tristen, check out the artist's website.