The Persian Leaps - "When This Gets Out" 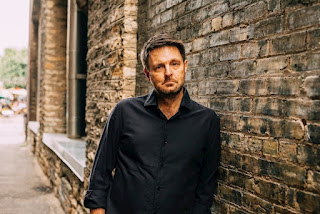 I feel like we've been writing about The Persian Leaps ever since If It's Too Loud... first started, and each time they release new music it's killer. The St. Paul, Minnesota band's latest single, "When This Gets Out," fits right into their Guided By Voices inspired sound. As with any release from The Persian Leaps, this new one may be inspired by GBV, but it's hardly a knock off. "When This Gets Out" has a little more melody in the fuzz, also reminding me of Teenage Fanclub and The Lemonheads. We're always excited when we get new music from Drew Forsberg's band, and once you hear this you'll get why.

While I don't think of The Persian Leaps as being a particularly political band, that changes with the new song. Drew Forsberg explains the inspiration behind it:

"Each week, it seemed there was a new Trump-related scandal that by rights should have sunk him. However, instead of consequences, the scandal would be eclipsed the next week by something even more appalling. After a while, people didn’t even bother to pay attention. 'When This Gets Out' imagines something big enough to cut through the apathy, alienate the enablers and apologists, and finally make a difference. Also, starting out the EP with the song seemed very appropriate. 'When this gets out, the shit will hit the fans.'"

You can listen to "When This Gets Out" below. Drone Etiquette is due out October 1 on Land Ski Music. You can pre-order your copy via Bandcamp. For more on The Persian Leaps, check out the band's website.

Email ThisBlogThis!Share to TwitterShare to FacebookShare to Pinterest
Labels: drone etiquette, Ken Sears, land ski music, persian leaps, when this gets out