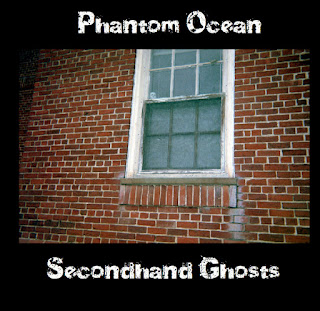 According to their Bandcamp bio, Salem's Phantom Ocean play "Blues and punk infused alt-rock." What's fantastic about their debut EP is how all five songs sound wildly different versions of that. "Notice Me Senpai" is an upbeat, almost poppy song about a very unhealthy relationship (to put it mildly). "Jersey Devil Blues" is a dirty blues stomper, like the noisier side of early White Stripes. That's immediately followed by "First & Always" which I previously described as discordant as hell and along the lines of bands like Shellac and Mission of Burma. "Tricky Ricky" sounds like it Charming Disaster decided to be noise rock. The EP closes with the noisiest version of "In the Pines" that you can imagine. As wildly different as these songs are, they all somehow form a cohesive release.

You can listen to "In the Pines" below. Secondhand Ghosts is now available via Bandcamp. For more on Phantom Ocean, check out the band's Instagram.