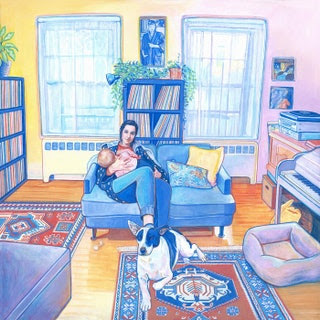 Artist: Laura Stevenson
Album: Laura Stevenson
Quick Thoughts: It's weird to think that "Master of Art," the song that set Ken and I off on a Laura Stevenson obsession, was ten years ago. Her latest solo effort, her first as a mother and one that is very confessional in the broad strokes. This album is many things, and I feel like there are layers throughout that are going to uncover themselves as I listen more, but one thing I can say is that this is probably her best effort since Wheel and possibly my favorite since Sit Resist. Laura Stevenson is a criminally underrated singer-songwriter, and I wish more people understood how great she was at this. Don't miss this one/
Songs of Note: "State," "Don't Think About Me," "Sky Blue, Bad News," "Sandstorm" 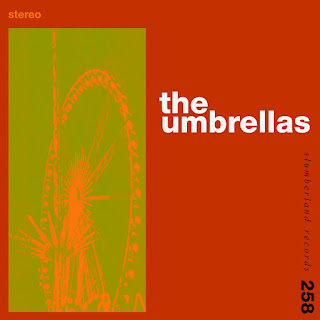 Artist: The Umbrellas
Album: The Umbrellas
Quick Thoughts: This album came out of nowhere this week for me. I don't know how I haven't heard of this retro-pop rock outfit before, but The Umbrellas provide some truly great tunes that will get stuck in your head very quickly and not let go. It's got a raw, lo-fi production value that makes it feel less modern, but feels right at home with some of the more twee elements of the Elephant Six crew. Overall, a must-listen this week, and another favorite.
Songs of Note: "Lonely," "Near You," "She Buys Herself Flowers," "Galine," "Never Available" 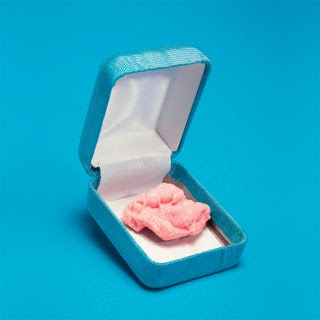 Artist: Kississippi
Album: Mood Ring
Quick Thoughts: I need more time with this one, mostly because it's so unexpected. I learned of Kississippi when she were headed on tour with Tancred, and the sort of confessional singer-songwriter stuff she does well with is right down my alley. Mood Ring is a shift in tone - more pop than indie, more 80s than 2010s. The result is an album that continually surprises and often delights, but doesn't stick to your bones on first listen quite the same way her previous album did. Don't miss this one, to be sure, because it's quite good. But if you're a fan, know that it's a shift of sorts.

* Nana Yamato - 夜明け前 (Before Sunrise)" (Japanese reissue of a favorite from this year.)