Sapling - "I Sing the Body Electric" 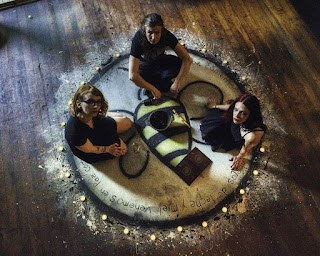 This isn't really a new song per se, but it's a new video, so we'll go with that. Plus, any time I have an excuse to write about my favorite central Massachusetts punks, I'm gonna take it! Sapling's "I Sing the Body Electric" first appeared as the B-side to "Maria vs Machine Maria." As far as punk songs go, this one is epic. It's somehow louder and noisier than what we're used to from Sapling. It reminds me of the more metal side of The Melvins mixed with mid-80's Sonic Youth while the vocals rant on as if Jello Biafra was a preacher. It's this glorious mess of crunching, thrashy, sludgy, and swirling guitars, and pounding bass riffs and drums. It's truly an assault on the listener in the best possible way.

"I Sing the Body Electric is based on the Walt Whitman poem of the same name from the book Leaves of Grass. Throughout the poem, Whitman is a spectator of the human condition. He contemplates what it means to be human, and in that contemplation, speaks to the desires of understanding the human soul and that relationship to the physical world."

You can watch the video for "I Sing the Body Electric" below. The song is available on the "Maria vs. Machine Maria" 7" here. For more on Sapling, check out the band's Facebook.