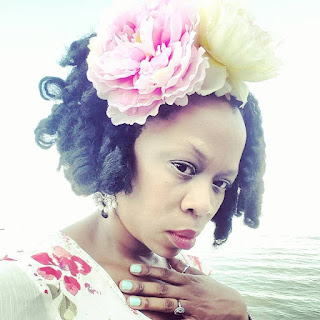 Queen Esther is one of those artists that makes me feel guilty for just discovering them now. And I mean artist in a very expansive way. She's a vocalist, lyricist, songwriter, actor/solo performer, and playwright/librettist. She's played and recorded with a long and diverse collection of performers, and recently did a TED Talk about the origins of country music and bluegrass. She's currently based in New York City but started out in Atlanta, Georgia and Charleston, South Carolina.

She has a new album coming out, and we can currently check out "The Whiskey Wouldn't Let Me Pray." It's an acoustic version of a song on the album (the acoustic version is also the album's closer), and it's rare that a song featuring just vocals and acoustic accompaniment can be this captivating. Queen Esther has this intensity to her voice that is rarely matched. Once she starts singing, it's going to be beyond your capabilities to not drop everything and listen. It's equal parts classic country and soul/jazz with some modern pop hooks mixed up perfectly. If the acoustic album closer is this mesmerizing, I can't even imagine what the rest of the album will be like.

You can listen to acoustic version of "The Whiskey Wouldn't Let Me Pray" below. Gild the Black Lily is due out March 26. You can pre-order a copy of the album over at Bandcamp. For more on Queen Esther, check out the artist's website.