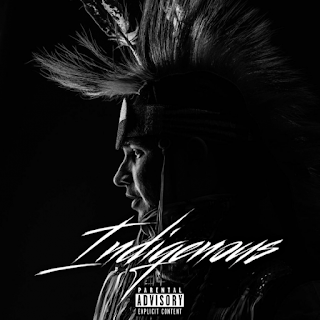 Hip hop artist/producer, husband, father, and powwow dancer Stun is the latest Indigenous hip hop artist we've discovered. The Canadian artist hails from Oxford House, Manitoba and has just released a new single, "Indigenous." The new song is an amazingly vital and important one. Stun has this unique flow that is laid back with a quick start/stop tempo. One of the most interesting things is how Stun uses auto-tune. While I hate auto-tune under nearly every other use, "Indigenous" uses it as a tool to affect mood with the song. While the song is a celebration of Stun's culture and people, it's also inspired by the long history of missing and murdered indigenous people in Canada.

Stun says of his new single:

"The idea of my new song "Indigenous" came into place when I saw what was happening in the world, with protests and ongoing calls for missing and murdered. It was right in my face at many stages. I felt pain, but also a sense of confidence because I wanted people to feel like they could get up and do something about it. And then that’s how the song blossomed into my lap."

You can watch the video for "Indigenous" below. The song will be included on Stun's upcoming album, Lifestylez of the Fresh & Indigenous. For more on Stun, check out the artist's website.