Rachel Baiman - "Self Made Man" 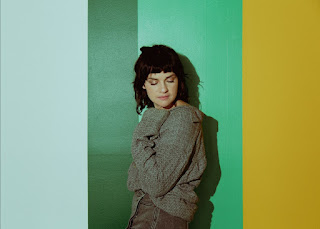 Nashville based multi-instrumentalist Rachel Baiman's latest single is based on a John Hartford song. Baiman's version of "Self Made Man" is a banjo focused track that straddles the line between traditional folk and modern, mainstream folk. There are elements of more of a pop leaning folk/rock song, but the banjo just keeps the whole track rooted firmly in the world of folk. It's a song filled with equal amounts of twang and groove, and then there's Baiman's voice which doesn't quite sound like anyone else out there right now. Baiman has been a folk favorite here for a while, and this latest song just solidifies that even more strongly.

“In 2019 John Hartford’s family released a posthumous collection of songs that he had never released. I was immediately enamored by a song fragment called ‘Self Made Man.’ The message of the song in conjunction with the whimsy of musical presentation spoke to me and I couldn’t get it out of my head. I decided to try and flesh out the song with additional verse lyrics, and a chorus and bridge melody.”

You can watch the video for "Self Made Man" below. Common Nation of Sorrow is due out March 31 on Signature Sounds Recordings. The album can be pre-ordered over at Bandcamp. For more on Rachel Baiman, check out the artist's website.