We're fully in the holiday doldrums for new releases, everyone. 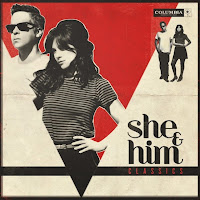 She & Him - Classics: The problem with Classics is not that it's boring, as Ken had warned me, but, for me, rather that the album is so traditional and so married to the sound it's covering throughout. I don't have much of any soft spot for these songs being covered, and the album's timing and tone comes across more as that modern album you buy a relative who wants something new but still comfortable. I know I would have bought this album for my mother to play at work in a different time, it's one of those. It's blandly inoffensive and ultimately isn't really for me, but I don't think it's meant for me, either. 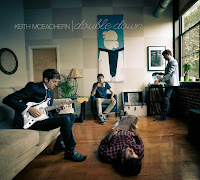 Keith McEachern - Double Down: Keith McEachern, best known locally for his work with The Wandas, branches out solo for an album that's actually pretty good from start to finish, but suffers from one flaw in that I feel as if it's holding back. The entire listen, I was hoping for it to take that one extra step, power through to something stronger and more immediate, and it comes across as ultimately really reserved. Reserved is good, but the end result feels like a solid album that could have been more. As I don't know much of anything about The Wandas, I can't compare it to them, but readers of this blog should check this out anyway, as there is plenty to like. 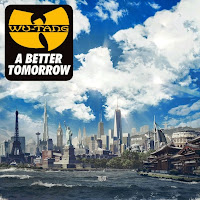 Wu-Tang Clan - A Better Tomorrow: My first thought listening to this new Wu-Tang album is about how they feel pretty soft in their old age, but then I think about Ice Cube's film career and put that aside. Talking to Ken, he does note that Wu-Tang happened at a very key point, and listening with that in mind it's easy to see that they haven't really evolved while the rest of hip-hop and R&B has. Considered in context, I actually kind of dig this. I find this a lot better than recent albums from the A$AP mob or Kendrick Lamar, but I'll take Kanye or Jay-Z over this any day of the week as well. I came to Wu-Tang really late, so those who were on board from the beginning might feel differently about this, but it's probably worth a listen regardless.
Posted by Jeff Raymond at 7:30 AM