If It's Too Loud Monday Mix: Bill Rieflin's R.E.M. Years 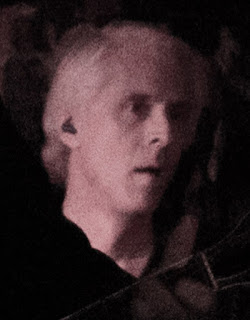 Percussionist Bill Rieflin passed way last week after a battle with cancer. He is perhaps best known for his work with Ministry, but he was also a session/touring musician with a number of bands in the later part of his career, perhaps most notably with R.E.M..

R.E.M. is my favorite band, and Rieflin was the drummer for their final studio albums along with the late tours. I have a pet theory that Bill Berry, the band's original drummer, was the true glue that held all the pieces of R.E.M. together, and when he left after New Adventures in Hi-Fi the band's catalogue became less focused and cohesive as a result. We'll never know for certain how much of an impact Rieflin had on R.E.M.'s sound in those later years, but I can't help but think that a drummer of his caliber and style brought some energy to a band that, in retrospect, may have needed it.

So, for Monday Mix this week, the best of the Bill Rieflin R.E.M. years. My favorite tracks from their last two studio albums, and highlights from the two live albums the band put out that featured Rieflin in the role.