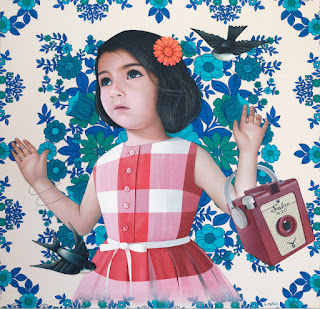 In a rare event, we have a second free release to bring you this week! Gainesville, FL's Sunshine State are somewhat of a local supergroup with its members having spent time in Against Me!, Whiskey & Co, J. Page, and The Scaries. They've released their second album, The Mess, for free on their Bandcamp. At times, The Mess comes almost too close to pop punk or emo, but it never quite crosses that line. Sure, this is a pop punk album, but it's undeniably charming and catchy, so even the biggest music snob of us can still get sucked in and end up loving this album.

The band says of the new album:

"Finally, 3 or so years later...after a self-imploding record label, getting jerked around(for 2+ years) by a separate garbage fire of a record label, and lots of beers / late nights... we're releasing our 2nd album, The Mess.
Given the current circumstances in the world, we've decided to just give it away for free with the hope that maybe it will brighten someone's day, week, month, year...or however long this craziness ends up lasting.
The record will be distributed on all the major digital/streaming platforms, and you can pay what you want for it on our bandcamp....but really, just take the free songs, we want you to. Save your money for something more important.
Any proceeds we happen to end up with will go directly to Warren, Troy, and Kyle's businesses in a (futile) attempt to help them keep their heads above water.
Take care of yourselves out there."
You can listen to "Hard Life" below. The Mess is available for the "name your price" option at Sunshine State's Bandcamp. If you choose to download it for free, be sure to give them a like on Facebook.
Posted by Ken at 10:00 AM