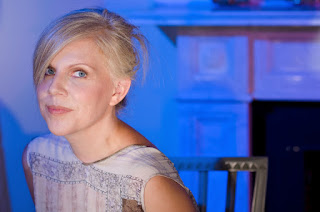 In the latest edition of Tanya Donelly's Sunday Series of covers, she's chosen to take on The Pixies's iconic "Here Comes Your Man." For those of us obsessed with the 80's and 90's Boston music scene, this cover choice is particularly wonderful. Donelly keeps her version perfectly faithful to the original but still sounding like herself. It's a little more laid back than the original, but I think that would be expected. This is just a glorious cover.

Donelly chose this song as a birthday gift to a fan, Tom Wethern. She has sung it for him on his birthday before at Great Scott. This choice acts as a two-fer, since it is also a tribute to Great Scott, the legendary Boston club that announced it will not be reopening at the end of the COVID-19 crisis. Proceeds for this song will go to the staff at Great Scott and local musicians.

You can listen to Tanya Donelly's cover of "Here Comes Your Man" below. This week she was joined by some of her Band of Their Own mates, including Kay Hanley and Hilken Mancini. It's currently available on Donelly's Bandcamp. For more on Tanya Donelly, check out her Facebook.