Taylor Ashton - "Santa's Song (I Don't Believe in Myself)" 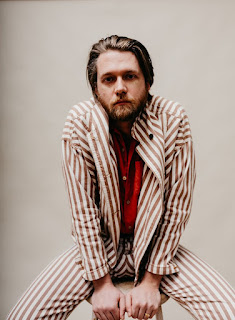 Apparently we're going to keep bringing you Christmas music and apologizing that we know it's too early until at least Thanksgiving... The latest is from Taylor Ashton. The Canadian musician who is now Brooklyn based has what is probably the best titled Christmas song of the year: "Santa's Song (I Don't Believe in Myself)." It's a modern folk song that straddles the line between traditional folk and a more mainstream, pop based folk sound. It may lean a bit more into the mainstream side, but just barely. What's great about this song is that it uses jingle bells at a bare minimum and doesn't actually mention Santa by name, so we can almost get away with sharing this one so early. It's a fun little Christmas song that takes mental health seriously.

“Carving out a music career in this day and age definitely requires a little suspension of disbelief. It's not always easy to believe in your own gifts, or to believe that you have something to offer. But it can be healing to hear that somebody else is also struggling. And so, I offer this little melancholy holiday ballad with a sense of humor and a little nod to the geography of Canada, my home country.”

You can listen to "Santa's Song (I Don't Believe in Myself)" below. The single is available now via Signature Sounds Recordings. For more on Taylor Ashton, check out the artist's website.