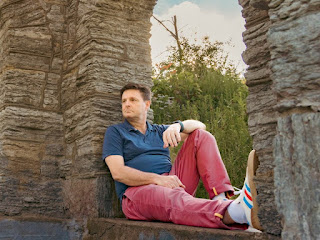 We've been covering The Persian Leaps for quite a while now, and we always love when we can bring you new music from them. The Minneapolis band led by Drew Forsberg has released "Alright Alright," and it's everything we love about them. It has that indie rock goes power pop sound that's reminiscent of Guided By Voices and Teenage Fanclub. It's catchy as hell but with far too much noise to be considered even remotely pop, even though it's also poppy as hell. "Alright Alright" is one of the more chilled out songs we've heard from them, but it has just enough of an edge to keep this pop song quite interesting.

"This song is about people who thrive on conflict. They’ve always existed, but it’s so much worse in the digital age when people can post inflammatory statements with total anonymity–or at least not say things directly to someone’s face. This song is for people who hang out online in the Comments section."

You can listen to "Alright Alright" below. Machines for Living is due out October 7 and can be pre-ordered via Bandcamp. For more on The Persian Leaps, check out the band's website.