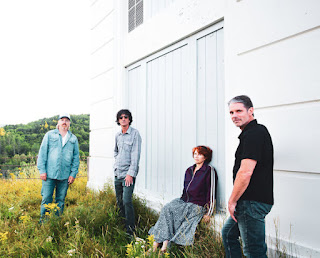 Northern Vermont's Maple Run Band have a unique take on modern mainstream roots and Americana. Their latest single, "Tears of a Fool," is an upbeat, cheery song despite being called "Tears of a Fool." It has a bit of a twang to the song, but just a slight twang. Instead of being throwback country, Maple Run Band have crafted a song that's more of a throwback 70's rocker. As heartfelt as the song is, there is also an odd sense of fun and joy to it. It may be sad, but it's fun sad.

You can listen to "Tears of a Fool" below. Used to Be the Next Big Thing is due out on the fall. For more on Maple Run Band, check out the band's website.

Email ThisBlogThis!Share to TwitterShare to FacebookShare to Pinterest
Labels: Ken Sears, maple run band, tears of a fool, used to be the next big thing